Rebel News has a team of journalists on the ground in Lethbridge today to cover the court proceedings, including Rebel Commander Ezra Levant, who flew in from Toronto. 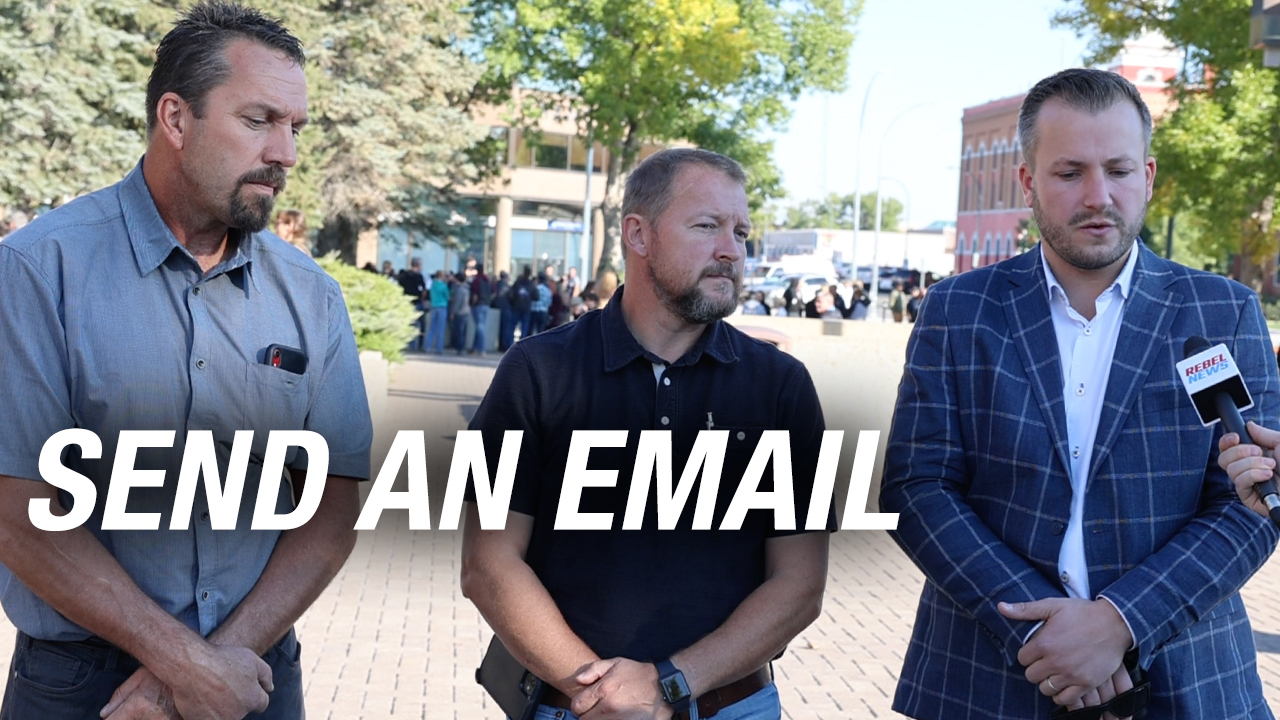 While the trucker commission of inquiry is underway in Ottawa, three peaceful trucker convoy protesters are on trial in Lethbridge, Alberta.

Like Tamara Lich, they are 100% non-violent. They’re upstanding local citizens — one of them, Marco Van Huigenbos, is a popular elected member of his town council. However, because they dared to embarrass the government over the lockdowns and vaccine mandates, they’ve been targeted with a vengeful fury.

The out-of-control prosecutor, Steven Johnston, is seeking a ten year prison term for these men. For a peaceful political protest.

I googled this prosecutor. In a recent rape case, he recommended that the convicted rapist be sentenced to 4.5 years in prison. So in this prosecutor’s mind, a peaceful political protest deserves more than double the punishment of committing a violent rape.

Today the truckers chose a trial by judge and jury. I’m 100% convinced that no jury in Lethbridge would possibly convict these men — I mean, there were hundreds of local citizens outside the courthouse today showing their support, and the trial hasn’t even started yet.

We’re all hopeful that the new Alberta premier, Danielle Smith, will call off this obviously political prosecution. It was cooked up by Jason Kenney as a vengeance against the truckers who embarrassed him. It has no place in a society with the rule of law.

We’ll keep you posted about this egregious miscarriage of justice if it continues. We’ll keep pressing the new premier to drop these leftover vendettas from Jason Kenney’s era. But if that doesn’t work, we’ll do what we promised to do — crowdfund Chad and Yoav, so they can fight full-tilt.

You might think the government’s war on truckers is over. I can assure you, having spent a day in Lethbridge, that it is very much still ongoing. And as long as it is, we’ve got to help these brave men.

They helped set us free back in February — now is the time for us to return the favour.

Rebel News is telling the other side of the story. But we’re also helping the men, because no-one else will. If you believe in giving these truckers a fighting chance by giving them an excellent team of lawyers, please click here, or go to www.TruckerDefenceFund.com.

Also, please check out our latest tweets from today below: