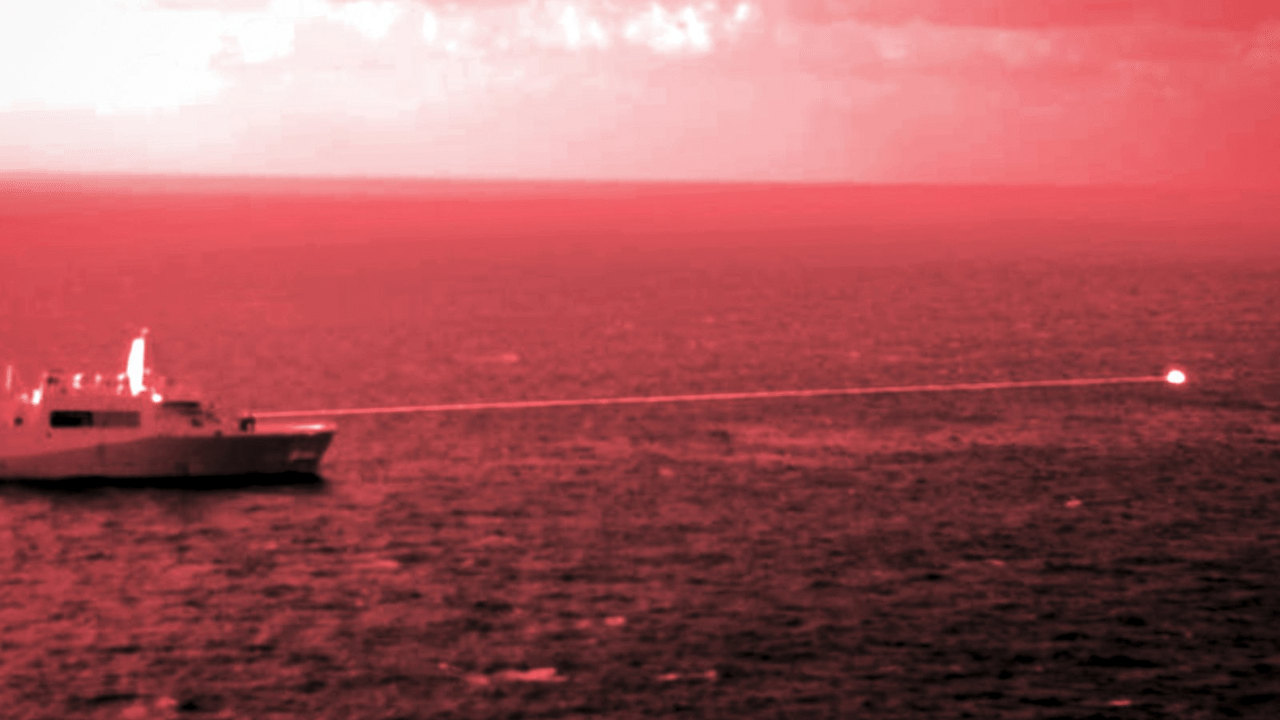 The United States Navy has developed a sophisticated laser weapon system and trained it on a real-world target to great success, bringing us one step closer to sci-fi warfare. The technology was previously used to shoot down a target drone in May 2020.

The U.S. Navy detailed how it armed the USS Portland, which was chosen by the U.S. Office of Naval Research in 2018 to become the first ship equipped with the cutting-edge laser weapon system.

“During the demonstration, the Solid State Laser — Technology Maturation Laser Weapons System Demonstrator (LWSD) Mark 2 MOD 0 aboard Portland successfully engaged a static surface training target,” the U.S. Navy stated in its announcement of the test. “Portland previously tested the LWSD in May 2020 when it successfully disabled a small unmanned aerial system while operating in the Pacific Ocean.”

According to a Business Insider report, U.S. ships in the Gulf of Aden face threats from drone boats that are remotely operated by Houthi forces in Yemen. These suicide drones are laden with explosives and detonate close to their intended targets.

The Houthis were previously listed as an official foreign terrorist organization by the Trump administration. It was very recently delisted by the Biden administration. In November, the Houthis conducted a missile strike on a mosque in Yemen, killing dozens of children, Rebel News reported.

“The Gulf of Aden sits along the southern coast of war-torn Yemen, which has been at war since Iranian-backed Houthi rebels seized its capital, Sanaa, in 2014,” the Associated Press reported. “A Saudi-led coalition entered the conflict in March 2015 but the stalemate conflict has dragged on for years, becoming the world’s worst humanitarian disaster and killing an estimated 110,000 people.”

“Emirati officials in 2018 showed off footage they described as coming from a drone boat computer that had Iranians building components for the boat’s guidance system, with a hat visible in the background of one picture bearing the symbol of Iran’s hardline paramilitary Revolutionary Guard,” the report stated. “Iran has denied arming the Houthis, though United Nations experts, independent analysts and Western nations point to evidence showing Tehran’s link to the weapons.”

The US Navy stated:

The Office of Naval Research selected Portland to host the laser weapon technology in 2018. The LWSD is considered a next-generation follow-on to the Laser Weapon System (LaWS) that afloat forward staging base USS Ponce (AFSB(I)-15) tested for three years while operating in the Middle East.

This isn’t the U.S. military’s first foray into laser technology.

In 1973, the military shot down a drone with a laser during tests at Kirtland Air Force Base in New Mexico. Nearly half a century later, the U.S. military has finally advanced to deploying laser weapons on the battlefield, where the USS Portland’s weapon is expected to be used against Houthis, who have been deploying suicide drone boats.