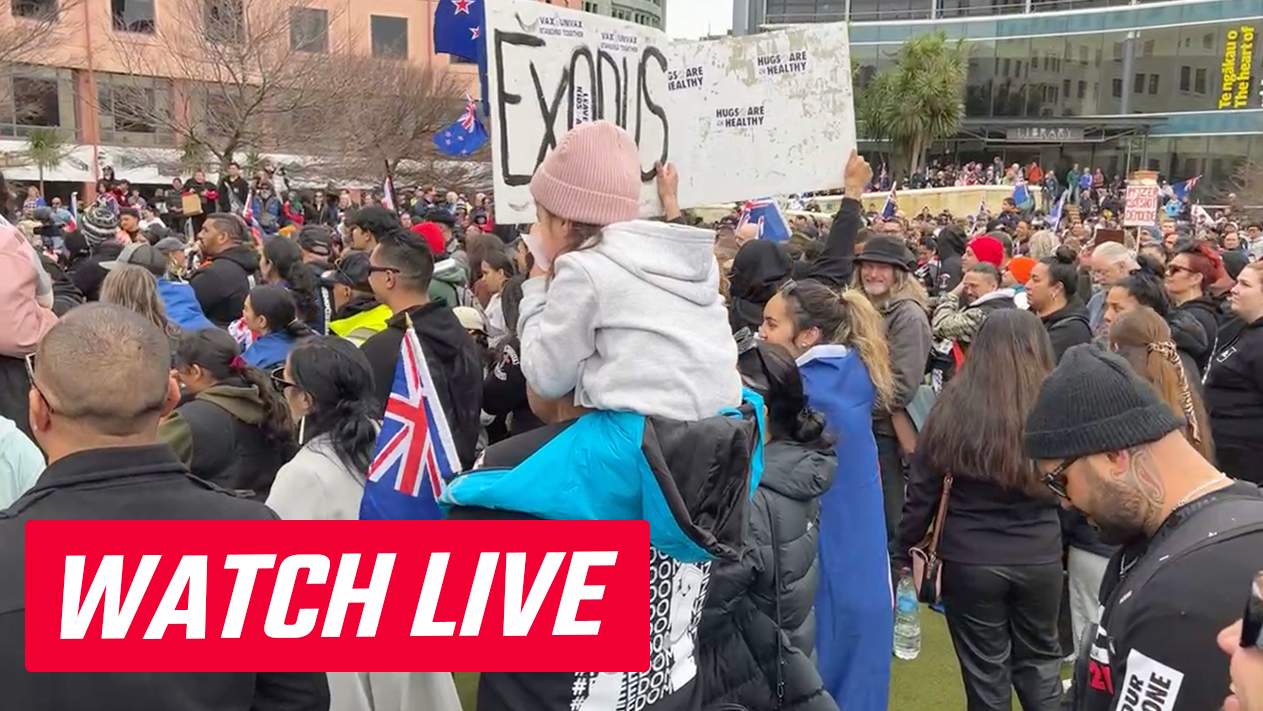 Thousands of New Zealanders have arrived at Lambton Quay in Wellington and will march to Parliament in the latest in a wave of anti-government protests to take place in the country.

Ardern yesterday told reporters at the press conference that she would not engage with protesters and said that Parliament security had bolstered defences at the site.

Roads have been closed, concrete blocks moved in, and temporary fencing installed around the 'Beehive' building.

Rebel News reporter Avi Yemini was sensationally denied entry to New Zealand on Monday after an Immigration official in Wellington refused to allow him into the country to report on the protest.

Independent Australian reporter Rukshan Fernando was also flagged at check-in, but eventually allowed into the country and will be covering the event for Rebel News.

WATCH LIVE THROUGHOUT THE DAY