'TIL you can no longer say ‘nursing or breastfeeding mother’ you have to say ‘chestfeeding person.’ Just FYI.' 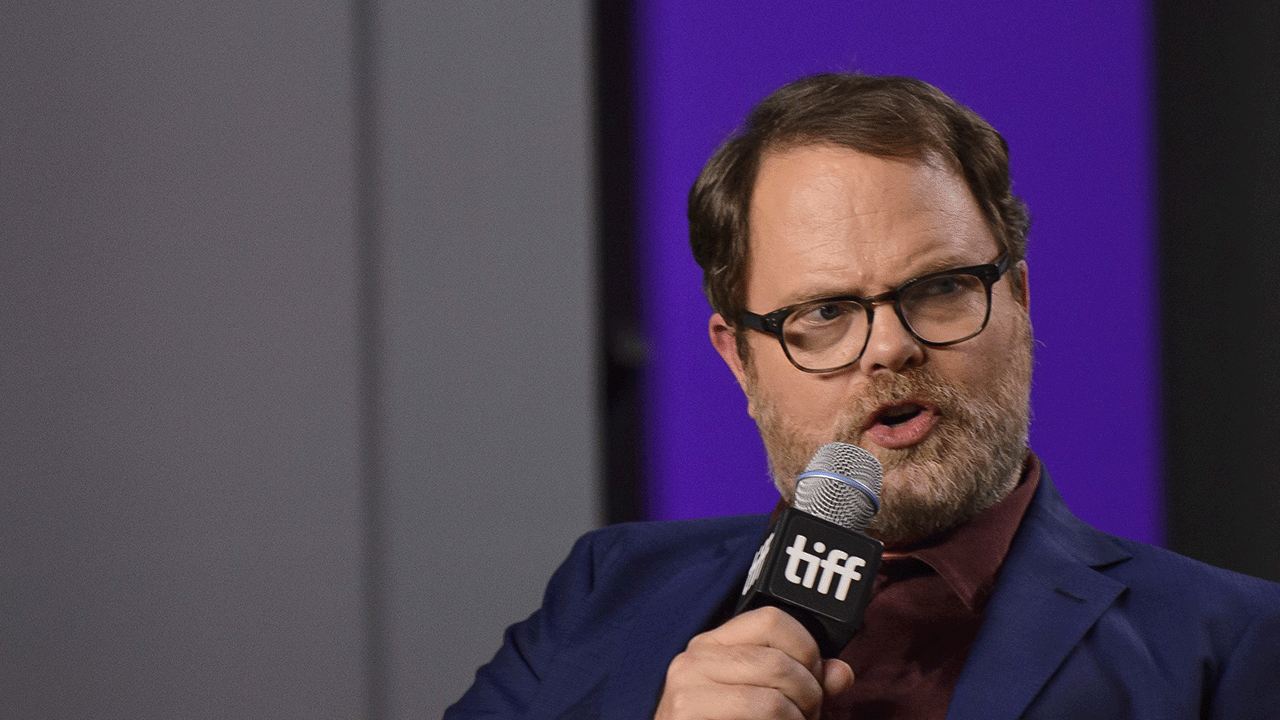 Actor Rainn Wilson, best known for his performance as Dwight Schrute in the hit comedy series The Office, is being canceled for joking about politically correct or woke language on Twitter.

In a now-deleted tweet that has earned Wilson attacks from the mob, Wilson wrote, “TIL you can no longer say ‘nursing or breastfeeding mother’ you have to say ‘chestfeeding person.’ Just FYI.”

Wilson was flooded with anger from transgender activists who accused him of promoting transphobia. Many voiced their disappointment with the actor and said they lost their respect for him because of his remarks.

“Jesus Christ. Dwight freaking Schrute over here sputtering nonsense straight off Breitbart. (Nobody is telling anyone they have to say “chestfeeding.” That’s just not a thing. JFC),” wrote transgender activist and Media Matters flack Parker Molloy.

The outpouring of anger prompted Wilson to issue an apology a day later, and he deleted the original tweet.

“Yesterday I tweeted a mean crack about breastfeeding vs chestfeeding. After speaking with some Trans friends and educating myself a bit more I want to apologize for the tweet. It was adding to misinformation and meanness. I’m sorry,” Wilson tweeted.

Yesterday I tweeted a mean crack about breastfeeding vs chestfeeding. After speaking with some Trans friends and educating myself a bit more I want to apologize for the tweet. It was adding to misinformation and meanness. I’m sorry.

Dwight Schrute would never have apologized to the woke mob and instead would have gone to war with them.

Wilson, clearly the lesser man, depending on your perspective, wanted to make nice with his would-be oppressors who were offended over his admittedly milquetoast joke about “chestfeeding.”

Over the past two years, there has been a massive push through academia, military, government, and even medical institutions to “degender” language, particularly feminine terms to be more inclusive to individuals who identify as transgender.

As Rebel News reported in February 2021, nursing staff at a British NHS trust were ordered to replace all terms and phrases that could potentially offend transgendered people.

The midwives at the hospital were told to use phrases that were more “inclusive” to transgendered individuals, like “birthing parents,” to replace the term breastfeeding with "chestfeeding." Instead of referring to breast milk, nursing staff are advised to use terms as “human milk,” “chest milk,” or “milk from the feeding parent.”

Despite Wilson’s apology, the mob has refused to be placated, and are calling on the actor to do more for the trans community.

“Now do something to materially benefit trans people,” wrote one person.

“I hope you also understand you contributed to the oppression of already marginalized individuals; and while you’ve apologized, there’s still harm done. Terfs have co opted your ‘mean crack’ and are using it to justify their own behavior. Check the replies and self reflect,” wrote self-proclaimed “anti-fascist patriot” and tech industry organizer Jessica Gonzalez.

“Comics push boundaries. That's where the humor is. They may cross the line and find themselves punching down or being meanspirited. The answer is above. Listen. Understand. Write better comedy. There's always a great joke there, the good ones take the time to find it,” lectured another poster.