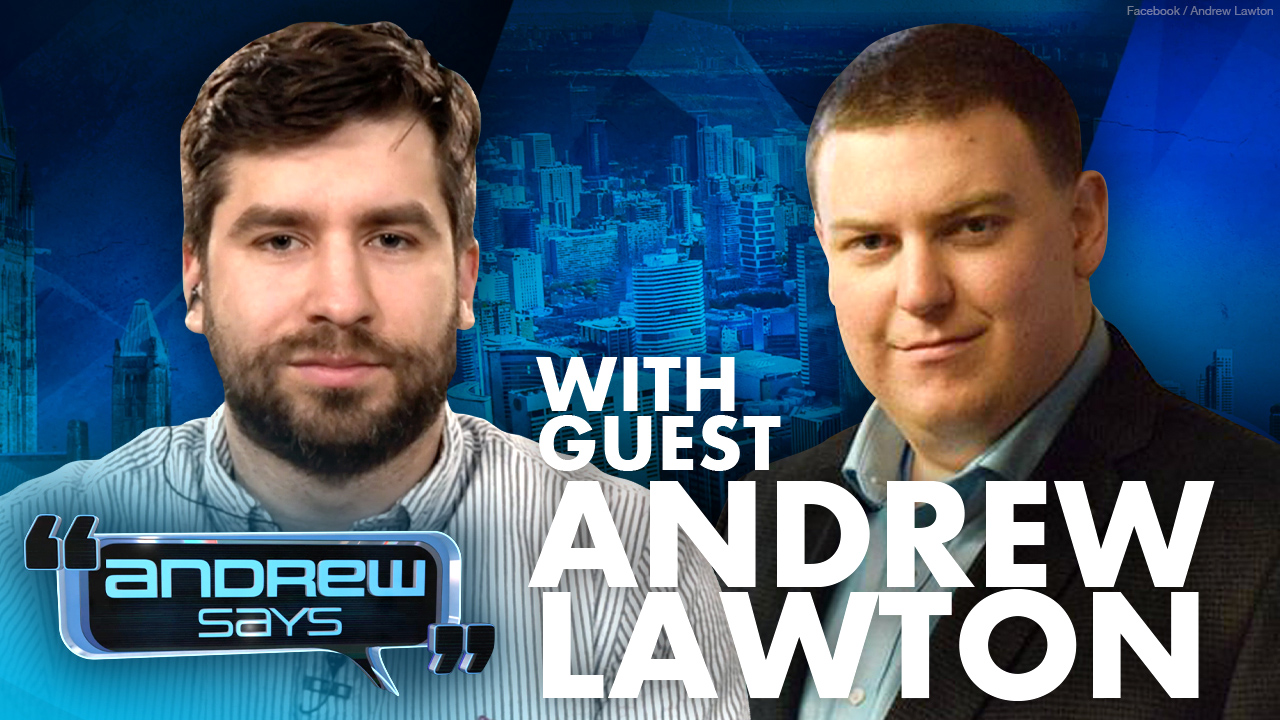 Andrew Lawton (@AndrewLawton on Twitter) is a writer and political commentator with a strong broadcasting background, who’s even run for political office. Lawton is now a popular podcaster with True North, and one of the most forefront voices in Canadian politics.

Appearing on Andrew Says, Lawton has strong words for the Conservative Party of Canada, fresh off ousting MP Derek Sloan from caucus.

"The Conservatives wanted Derek Sloan out," says Lawton, remarking that it was only a matter of finding an excuse to boot the popular former leadership candidate.

"It's a losing strategy," Lawton says, explaining why letting Liberal parties set the tone and Overton window is not how to successfully run a party.

In addition, Lawton gives his thoughts on how to battle mainstream media narratives and labels, while encouraging young conservatives to engage positively in politics in order to change minds.

Lastly, Lawton touches on cancel culture, and how it has come to the forefront even in political parties he would traditionally support.