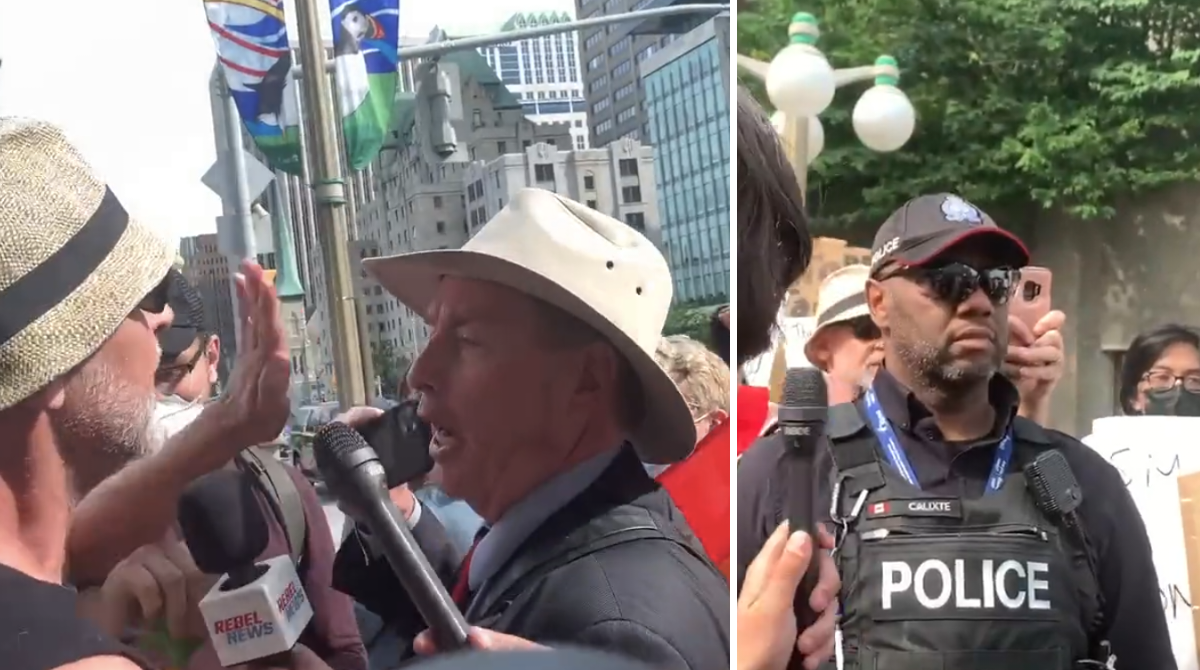 As Canada Day conservative events are taking place, and as James Topp arrives at the War Memorial in Ottawa, angry leftist protesters decided to place themselves in front of the National Art Centre and voice their discontent with Topp’s mission.

Indeed, David Menzies and myself, William Diaz-Berthiaume, decided to approach them in order to hear what they had to say, and have a civil conversation with the group. Unfortunately, they declined our offer.

But not in the most polite fashion.

Last week, when I was questioning politicians about Bill C-21, a security guard from the Parliament Protective Services approached me and told me that I was not being nice. He instructed me to remain nicer.

Perhaps those crazy leftist protesters could have listened to his advice.

One of them grabbed David’s phone. That same individual pushed my microphone away.

I was also stormed by two protesters using a progress LGBTQ flag. In the video, it is possible to clearly notice the protesters accosting me and putting the progress flag on my face.

Following that incident, the police decided to intervene… by telling us that we were not being polite.

“I just said not to remain antagonist[ic]…” a female police officer told me, after complaining that the protesters we actually the ones attacking us and antagonizing us.

“We are talking to everyone,” she claimed.

After which more police officers arrived and created a line between them and us. At that moment, David and I were able to have a short discussion and explain what was going on, and what those tactics told us about the mental state of the leftist crowd.

Outside the war memorial a counter protester gives @TheMenzoid, @wdiazberthiaume and I their opinion.

Finally, one last protester decided to approach us and let us taste her saliva. We had to sanitize the microphones following the useless exchange.

This is what the confrontation looked like. For more on the state of Canada's capital leading up to Canada Day, visit OttawaReports.ca. 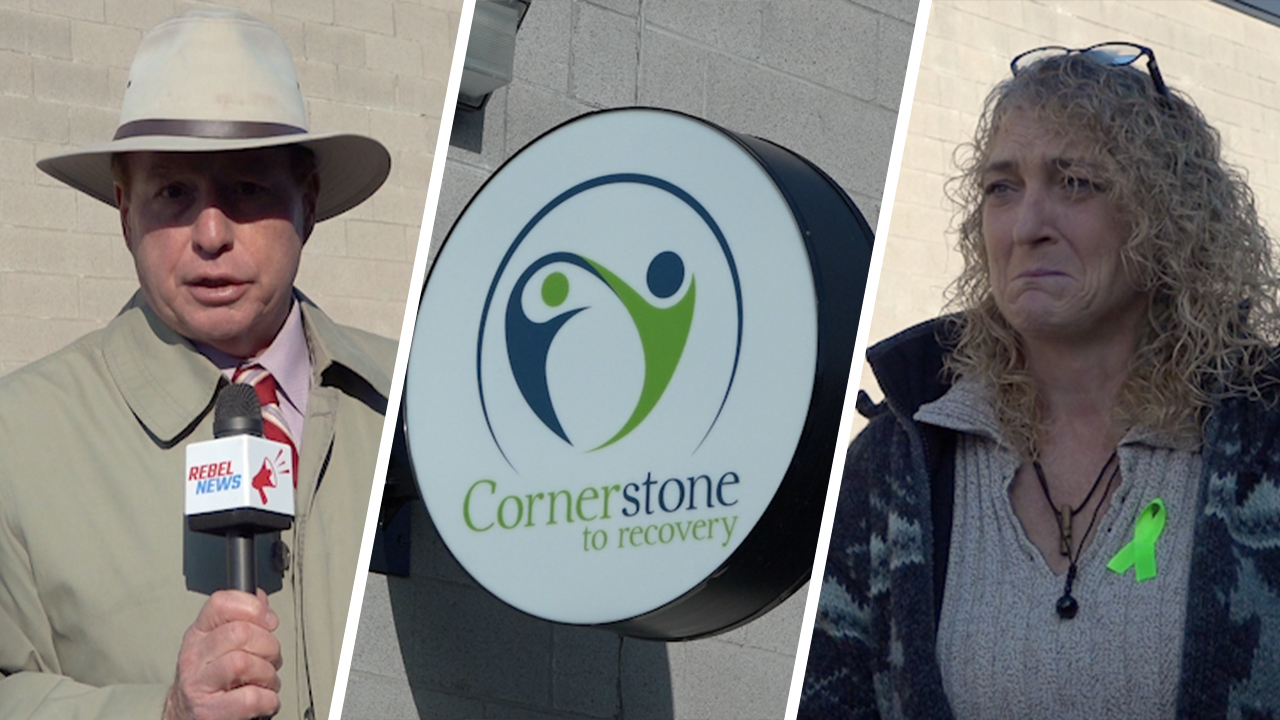