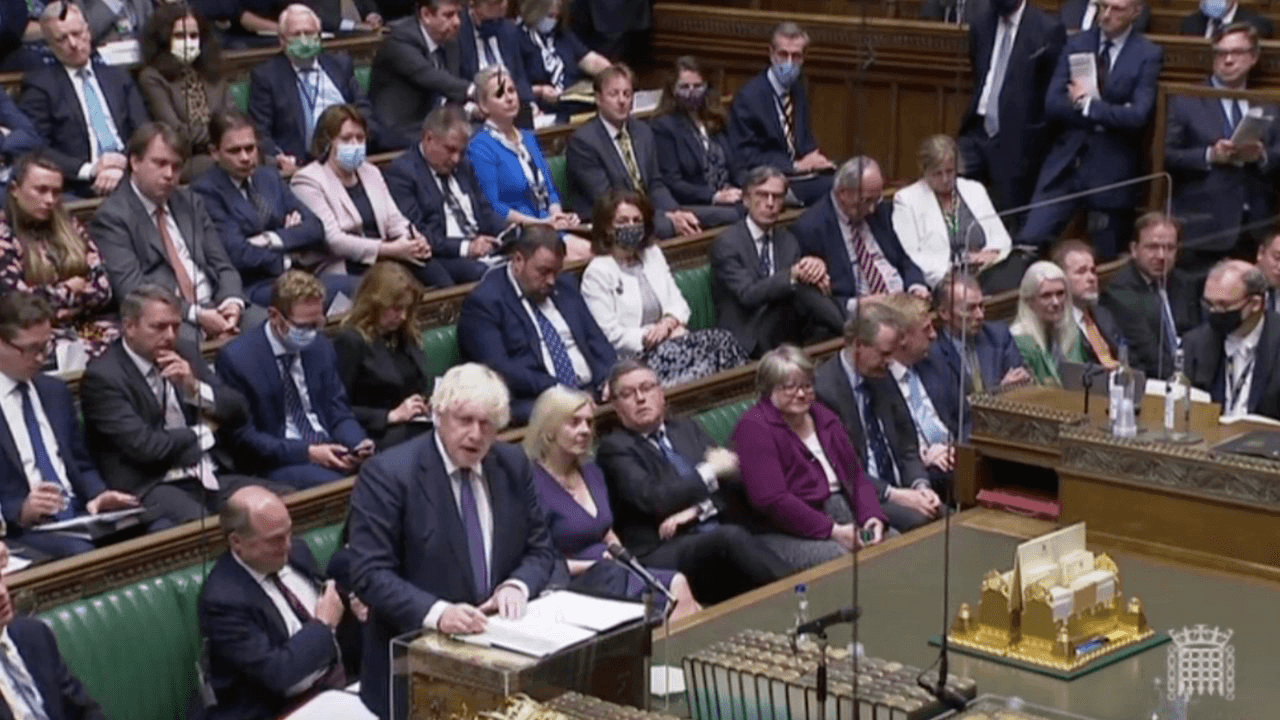 Joe Biden’s disastrous withdrawal of U.S. forces from Afghanistan has prompted the British parliament to hold the American president in contempt.

The condemnations mark a severe deterioration of Anglo-American relations, almost twenty years after the British joined the United States in the invasion of Afghanistan in the War on Terror following the September 11 attacks on America.

On Wednesday, the Houses of Parliament delivered what the Telegraph called an “unprecedented” rebuke to Joe Biden, with Members of Parliament and peers uniting to condemn the “dishonour” of the catastrophic withdrawal and Biden’s disingenuous criticism of Afghan troops left behind to fight the Taliban.

Earlier this week, Biden claimed that the “buck stops with me” in an address to the American public, in which he proceeded to force responsibility on everyone but himself. Biden claimed he “inherited” the mess in Afghanistan from former President Donald Trump and blamed the Afghan military for giving up, “sometimes without trying to fight.”

MPs and peers from Conservative and Labour parties, including Prime Minister Boris Johnson, blamed the Taliban’s takeover of Afghanistan and the chaos that ensued in the capital on Biden, whom they accused of “throwing us and everybody else to the fire” by unanimously removing U.S. forces from the region. Biden was also called “dishonourable” for passing the buck to Afghan soldiers, tens of thousands of whom have died fighting the Taliban over the past decade — and many of whom continue to fight, as Rebel News reported on Wednesday.

The Telegraph reports that former defence chiefs who led British troops in the region were also among those to condemn Biden. The paper noted that there were warnings that the withdrawal from Afghanistan would serve to embolden Russia and China.

While most of Parliament’s ire was directed towards Biden and his mishandling of the situation in Afghanistan, British politicians also directed some of their anger towards Johnson and his ministers, who were told that they had overseen the worst disaster in British foreign policy in 65 years.

“I have been to funerals from Cornwall to Dunblane, I have watched good men go into the earth, taking with them a part of me and a part of all of us and this week has torn open some of those wounds, left them raw and left us all hurting,” said Tom Tugendhat, chairman of the Foreign Affairs select committee, who served as a British soldier in the Afghanistan war. “The tragedy of Afghanistan is that we are swapping that patient achievement for a second fire and a second war.”

Tugendhat described seeing a man carrying a dead child into his military base and begging for help.

“This is what defeat looks like – when you no longer have the choice of how to help,” said Tugendhat. “This doesn’t need to be defeat but at the moment it damn well feels like it.”

Defending his own decision to withdraw U.K. troops from Afghanistan, Johnson argued that Biden’s decision forced Britain’s hand, adding that it was an illusion to think that anyone else would step up to keep the peace without American support.

"The West could not continue this US-led mission – a mission conceived and executed in support and defence of America – without American logistics, without US air power and without American might," the prime minister said in a clear reference to Biden’s decision to withdraw all support.

"The American decision to withdraw was not just a mistake – it was an avoidable mistake, from President Trump's flawed deal with the Taliban to President Biden's decision to proceed, and to proceed in such a disastrous way,” echoed Sir Ed Davey, the Liberal Democrat leader.

Sir Keir Starmer, the Labour opposition leader, condemned Biden for trying to shuffle the blame over to Afghan troops. "The US is, of course, an important ally, but to overlook the fighting of the Afghan troops and forces, and the fact that they have been at the forefront of that fighting in recent years, is wrong,” he said.

"To see their commander in chief call into question the courage of men I fought with, to claim that they ran, is shameful,” echoed Tugendhat to the agreement of other MPs.

Labour MP Chris Bryant described Biden’s remarks about the Afghan soldiers as “Some of the most shameful comments ever from an American president.”

According to the Telegraph, other MPs who served as soldiers also slammed Biden, calling him “dishonourable” and “shameful.”

Leading Conservatives in the House of Lords expressed similar words about the U.S. president, describing his decision as a politically expedient move-turned-mistake that bore catastrophic results.