In a press release, The Democracy Fund is promising to take immediate legal action to protect the rights of protesters by deploying lawyers to Ottawa. 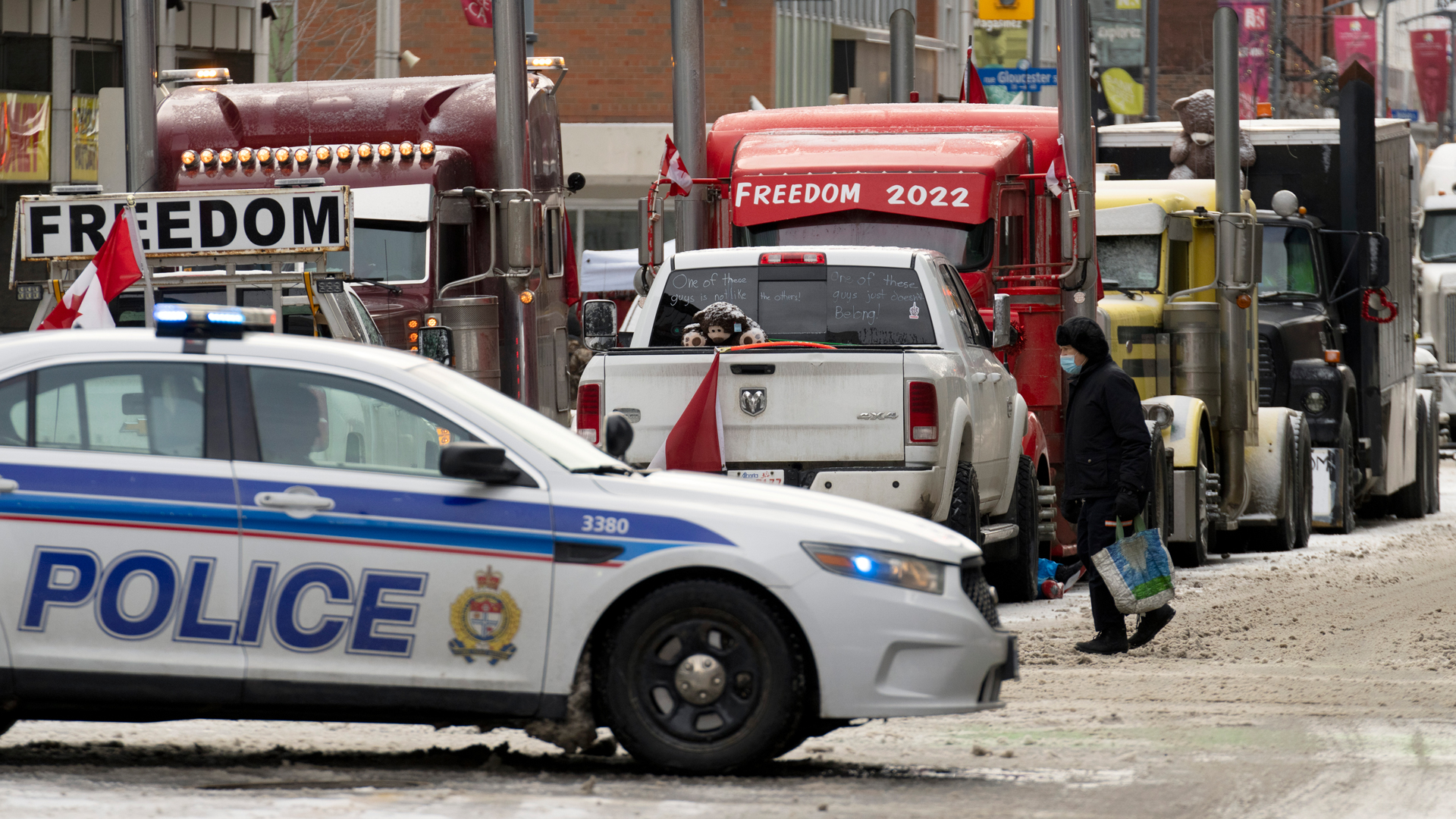 The Democracy Fund (TDF), a registered Canadian charity with a focus on civil liberties advancement and education, is cautioning Ottawa police that any abusive activity directed at peaceful Freedom Convoy protesters in the city since last Friday would end up before the courts.

A press release from TDF Friday afternoon detailed why the charity is concerned about the potential for a police escalation to violence this weekend after the second wave of truckers and allies are set to descend on the nation's capital.

The protesters are joining an earlier truck convoy of thousands of Canadians which arrived late last week as part of a Canada-wide movement against coronavirus restrictions and vaccine passports.

"In a 22-part series of tweets this morning, Ottawa Police announced a G20-style “surge” strategy to physically confront and kettle peaceful protesters, contrary to standard police practice of de-escalation. Ottawa Police also levelled politically charged accusations at protesters, including that they are violent and dangerous: police statistics show this is not the case.

More troubling yet, is the police threat to use Canada’s spy agencies to track personal details of peaceful protesters, including the collection of banking, insurance, and other personal information. This is tantamount to “doxing” and would amount to the creation of a political enemies list.”

In the release, TDF promises to take immediate legal action to protect the rights of protesters by deploying lawyers to Ottawa and advises peaceful protesters in need of urgent legal advice related to the protest activities to contact www.TruckerLaw.ca.

People wishing to support TDF's efforts in Ottawa can do so on that same website. Donations to TDF qualify for a charitable tax receipt.

Teams of Rebel News journalists will be on the streets of Ottawa to document the protest and any police overreach that may occur. To support our independent journalism, please visit www.ConvoyReports.com.