Convoy supporters who had bank accounts frozen will be flagged for life, Canadian Bankers Association says

The committee exchange also revealed that banks would be shielded from all liability for damages resulting from frozen bank accounts, even if accounts completely unrelated to the protests were frozen without cause. 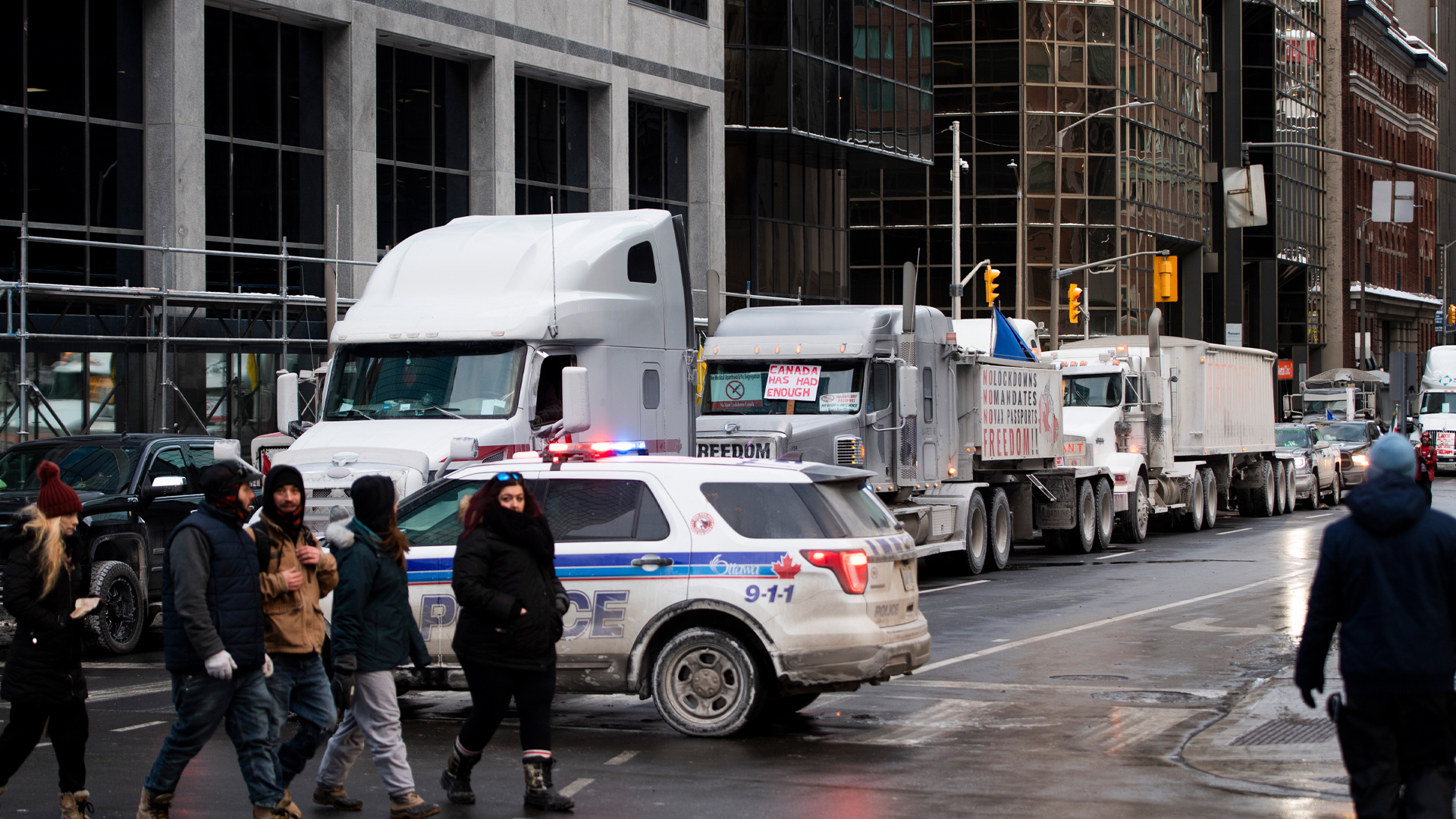 Freedom Convoy supporters whose bank accounts were frozen by cabinet order under the Emergencies Act will have their files marked for life, the Canadian Bankers Association said yesterday. The association also disclosed that bankers froze accounts of individuals who never appeared on an RCMP blacklist of 257 names.

Per Blacklock's Reporter, the revelation was detailed in an exchange yesterday between MPs on the House finance committee and Angelina Mason, general counsel for the Canadian Bankers Association:

“We primarily relied upon the names provided by the RCMP but there were obligations under the order separate that required banks to make their own determinations,” Angelina Mason, general counsel for the Bankers Association, testified at the Commons finance committee. “We did not rely on external information.”

“Were there accounts of individuals frozen that did not appear on a list of names submitted by banks to the RCMP?” asked New Democrat MP Daniel Blaikie (Elmwood-Transcona, Man.). “Yes,” replied Mason.

“Once an account is frozen and eventually unfrozen are there any permanent markers or indications on a client’s file that would indicate they have had their accounts previously frozen?” asked Conservative MP Adam Chambers (Simcoe North, Ont.). “There would be something in the file indicating a freeze had taken place,” replied Mason.

The committee exchange also revealed that banks would be shielded from all liability for damages resulting from frozen bank accounts, even if accounts completely unrelated to the protests were frozen without cause.

“There is immunity provided,” said Mason.

“If in fact they illegitimately froze a bank account they would face zero legal consequences,” said Conservative MP Philip Lawrence (Northumberland-Peterborough South, Ont.). “It is clear from the legislation.”

As previously reported by Rebel News, accounts frozen by cabinet order under the Emergencies Act totalled $8 million as of late February, with the Department of Finance stating that donations as small as $20 could be cause for a bank to freeze a customer's account if the contribution was made after February 15, the date the protest was declared illegal.

However in at least one instance detailed by Mark Strahl, Conservative MP for Chilliwack—Hope, a single mother in his district had her bank account frozen under the order after she gave $50 to the convoy when it was “100% legal.”

The Emergencies Act was revoked on February 23, suspending all emergency orders issued under the Act — but also as reported by Rebel News, bank accounts remained frozen after that date and financial investigations continued despite suspension of all related emergency orders.

Ottawa Police tweeted a statement on February 20, prior to the revocation of the Emergencies Act, saying: "If you are involved in this protest, we will actively look to identify you and follow up with financial sanctions and criminal charges."

Interim Ottawa Police Chief Steve Bell had previously promised to hunt down and charge anyone involved in the weeks-long protests in the city.

Ottawa Police Chief to convoy protesters: "if you are involved in this protest we will actively look to identify you and follow up with financial sanctions and criminal charges"https://t.co/cTm6cKZ0k8 pic.twitter.com/Ct8X97QTsK

The Freedom Convoy that travelled to Ottawa was in the nation's capital for more than three weeks, with thousands of truckers and supporters converging on the city to protest government-imposed COVID-19 restrictions, including the vaccine mandate for cross-border truckers.

Despite rhetoric painting the demonstration in Ottawa as violent or criminal, on-the-ground reports and livestreams by Rebel News revealed nothing but peaceful protest by demonstrators. Senator Scott Tannas (Alta.) noted during the Senate debate on February 23 that the demonstrations yielded no deaths or significant injuries, no substantial property damage and no violence or gunplay.

That also did not stop police, who are now under investigation by Ontario's Special Investigations Unit, from deploying anti-riot weapons and using excessive force to clear the demonstration.