The Office of Election Crimes and Security, created by DeSantis and approved by the Florida legislature, is a direct response to widespread concerns of election fraud, which threaten the confidence of voters in local and federal elections. 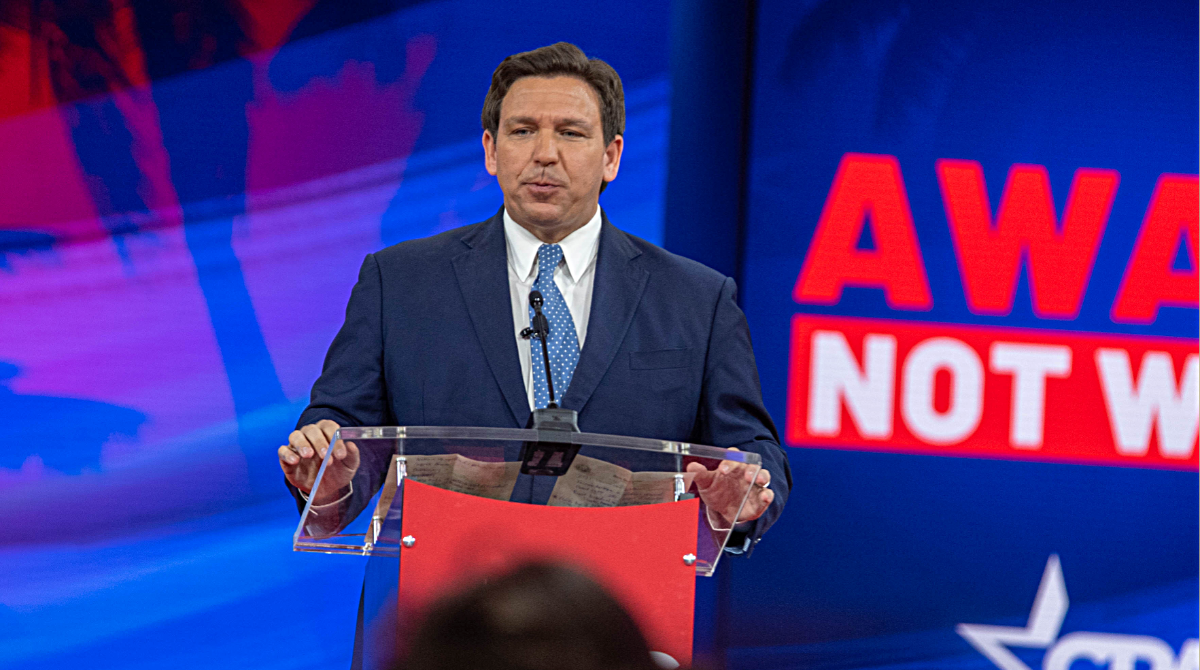 In launching the state’s new Office of Election Crimes and Security, Florida Gov. Ron DeSantis has announced the arrest of 20 people who voted in the 2020 election for breaking election laws — an opening salvo against election fraud.

The Office of Election Crimes and Security, created by DeSantis and approved by the Florida legislature, is a direct response to widespread concerns of election fraud, which threaten the confidence of voters in local and federal elections. The office opened on July 1.

Speaking at a press conference on Thursday, DeSantis said 20 people arrested and charged for breaking the state’s election laws were all convicted for either murder or sexual assault, and mainly hailed from the Miami-Dade and Broward Counties. The individuals allegedly violated the state’s laws on felon voting rights.

DeSantis said that those arrested were not among those whose rights were restored by Amendment 4, a 2018 ballot measure that restores voting rights to some felons in the state. The measure makes an exception of those convicted of rape or murder, who do not have a right to vote.

“They did not go through any process. They did not get their rights restored and yet they went ahead and voted anyways. That is against the law and now they're going to pay the price for it,” DeSantis said. "These people who we're following up – are outside the contours of Amendment 4.”

In addition to the 20 arrests, DeSantis said that the office will also look at voters who were undocumented when they voted in 2020. Around 11 million Floridians voted that year.

“This is just the first step,” DeSantis said. “There are going to be foreign nationals. We want the federal government to be working constructively on this, and so far, that has not been the case. We have an obligation to make sure that U.S. citizens are voting.”

“We must have elected leaders that are ensuring free and fair elections and also assuring our public and the citizens that they can have confidence in the election process,” said Florida Secretary of State Cord Byrd. “I am sure this will allay fears that behind the scenes, within state government, people are ignoring violations of law. That is not the case.”

Earlier this month, DeSantis announced the suspension of State Attorney Andrew Warren for refusing to carry out his duties. Warren, a Soros-backed activist prosecutor, pledged not to follow through with any laws that DeSantis and the Florida state legislature passed if they did not meet his personal standards of morality.

“Here is what Soros is doing. It's actually smart on his part,” said DeSantis in an interview with Tucker Carlson. “They can't actually get enacted in a legislature, where you are just going to let criminals run. So what they do, he will get involved in these Democrat primaries in these Democrat areas, he'll flush a million dollars to get the radical to win the primary. Then they usually win the general [election] because of the party affiliation in the jurisdiction.”

“So then you get them in there and what they do is they want to change the criminal justice system through non-enforcement,” the governor explained. “So it's a total end run around our constitutional system. The results have obviously been destructive around the country but it also undermines the idea that our government is supposed to be a government of laws not of individual men.”