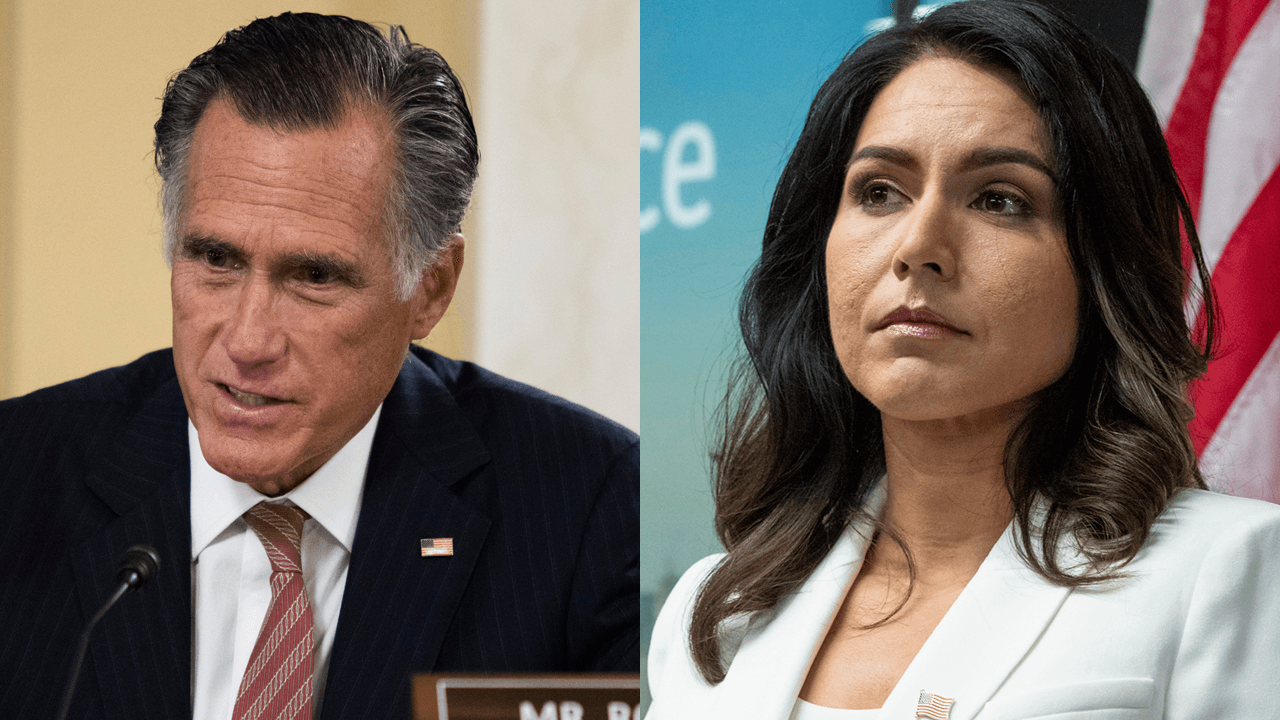 Former Democratic Rep. Tulsi Gabbard has fired back at Sen. Mitt Romney, who accused her of treason after her series of warnings about how the international community needed to secure U.S.-funded biological research facilities in Ukraine.

Gabbard’s remarks earlier in the week provoked a firestorm of controversy on social media, prompting the Utah senator and numerous Democrat talking heads to accuse Gabbard of parroting Russian propaganda and disseminating conspiracy theories about the existence of biological research labs, which were confirmed last week by U.S. Under Secretary of State Victoria Nuland, as Rebel News reported.

“Unless this war in Ukraine ends now, ends tonight,” Gabbard said, “we face a real certainty that one or more of these labs will be compromised, will be breached, and it won't just be the people of Ukraine who are impacted. We could face another global crisis, when you look at a pathogen that could be released," said Gabbard in a Friday interview with Fox News host Tucker Carlson, adding that the labs “must be shut down immediately.”

In the United States, the crime of treason, if convicted, is punishable by death or no less than five years imprisonment.

On Monday, Gabbard demanded Romney’s resignation for his remarks, and asked for an apology.

“[Mitt Romney], you have called me a ‘treasonous liar’ for stating the fact that “there are 25+ US-funded biolabs in Ukraine which if breached would release & spread deadly pathogens to US/world” and therefore must be secured in order to prevent new pandemics,” said Gabbard in a series of tweets.

“Senator Romney, please provide evidence that what I said is untrue and treasonous. If you cannot, you should do the honorable thing: apologize and resign from the Senate,” added Gabbard.

Gabbard provided evidence of her claims, backing them up with numerous mainstream news sources to prove that she wasn’t promoting conspiracy theories.

Evidence of the existence of such biolabs, their vulnerability, and thus the need to take immediate action to secure them is beyond dispute:

#1. State Department’s Victoria Nuland acknowledged such labs containing dangerous pathogens exist in Ukraine in her testimony to the US Senate (March 8, 2022): “Ukraine has biological research facilities which, in fact we are quite concerned that Russian troops may be seeking to gain control of. We are working with the Ukrainians on how they can prevent any of those research materials from falling into the hands of Russian forces should they approach.

“The United States, through BTRP, has invested approximately $200 million in Ukraine since 2005, supporting 46 Ukrainian laboratories, health facilities, and diagnostic sites.”

#3. CBS Face the Nation (March 13, 2022) correspondent David Martin said a Pentagon official told him they’re concerned about the existence of such biolabs in Ukraine: “The concern is that the Russians will seize one of these biomedical research facilities that Ukraine has where they do research on deadly pathogens like botulism and anthrax, seize one of those facilities, weaponize the pathogen, and then blame it on Ukraine and the US, because the US has been providing support for some of the research being done in those facilities.”

#4. In April 2020, in refuting Russia’s accusation that U.S. is using biolabs in Ukraine to develop biological weapons, U.S. Embassy in Ukraine acknowledged there are U.S. funded labs in Ukraine working with pathogens for vaccine & other peaceful purposes

#6. Furthermore, according to the DoD there are two biolabs in Ukraine that have been under Russian control for some time: “Russia illegally took possession of two Ukrainian-owned laboratories that BTRP upgraded in 2014 and continues to deny Ukrainian access to these facilities.”

“So, Senator Romney, you have a choice: out of pride, continue to deny the truth or admit you are wrong, apologize, and resign,” Gabbard concluded. “Aloha. And remember that without the truth, we can be neither safe nor free.”