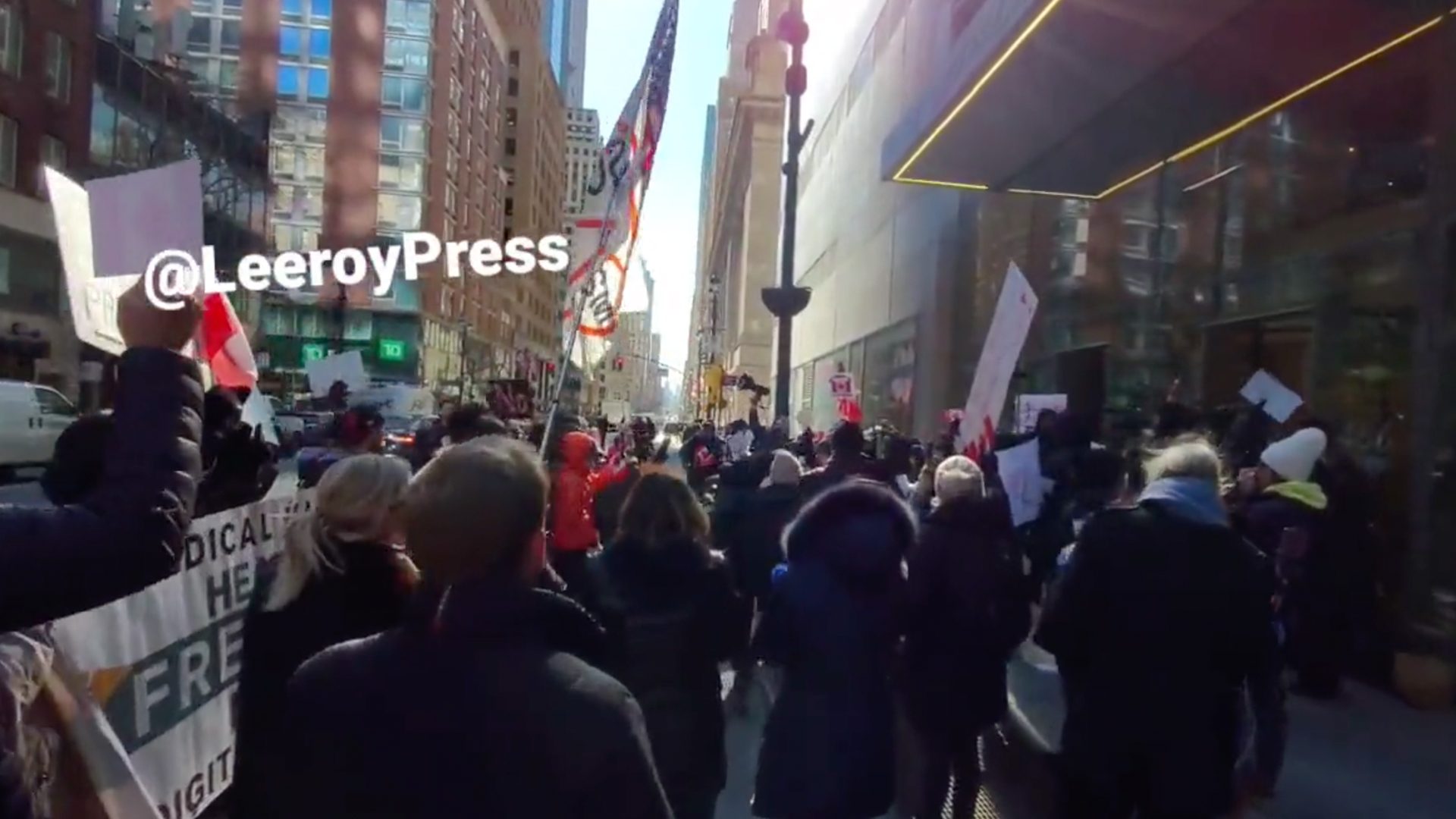 Protesters have gathered in New York City to protest Prime Minister Justin Trudeau's latest move of announcing the implementation of the Emergencies Act in order to remove any existing or ongoing blockades associated with the Freedom Convoy.

Happening now in front of the Canadian embassy in New York City. Activist against mandates show their support for Canada and one of them state " Justin Trudeau should be arrested for treason " #JustinTrudeau #CanadaHasFallen #NYC pic.twitter.com/NTeYSpYnJy

The demonstrations come after the federal government announced they would possibly be seizing bank accounts (without court order) if citizens were to donate to any illegal protests:

11. Here's Freeland announcing that anyone who donated to the trucker crowdfunds is a terrorist financier, and can have their bank accounts seized WITHOUT a court order. Freeland will "share relevant information" about her enemies list with the banks: pic.twitter.com/f1osVx550x

An independent reporter on the ground tells Rebel News that the groups protesting are called 'Teachers for Choice' and 'NYC Freedom Rally'.

"You don't own Canadians, you have no right to do this."

A protester outside the Canadian embassy in NYC tells @ViralNewsNYC why she is protesting Justin Trudeau. pic.twitter.com/6v3vrOW4w6

I asked an American activist about how he felt about Justin Trudeau invoking the emergency act law he started " you can shove it up your ass Justin" #JustinTrudeau #CanadaHasFallen #nyc pic.twitter.com/lfITIkvkRf

To see all of Rebel News' coverage of the Freedom Convoy, and to support our independent journalism, visit ConvoyReports.com.