Many unhinged voices on the platform called for the Supreme Court to be 'burned down.' 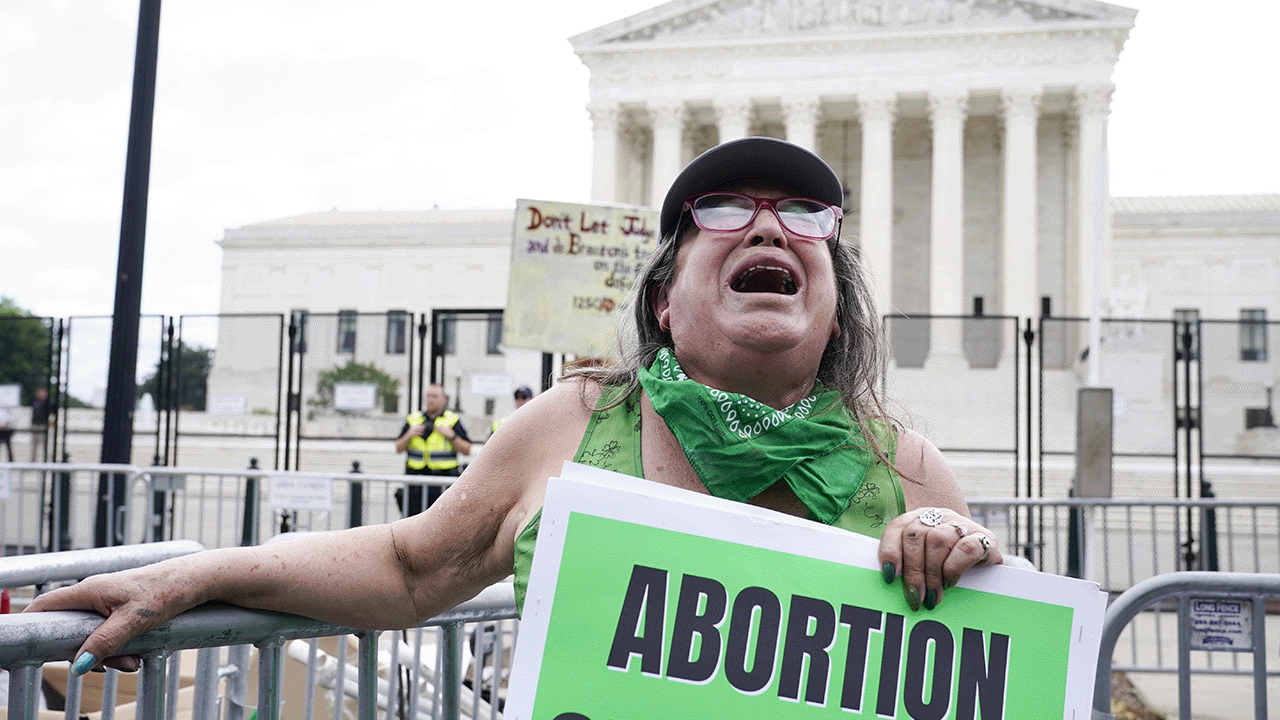 As previously detailed by Rebel News, the decision, which was originally leaked in May, takes abortion rights out of the hands of the federal government and returns the issue to the states.

News of the legislation’s repeal hit social media like a tidal wave of anger as liberals took to Twitter to demand the destruction of the Supreme Court. Many unhinged voices on the platform called for the Supreme Court to be “burned down.”

Ah, the tolerant left. Sounds an awful lot like an insurrection. pic.twitter.com/EgZEfYWCxW

Canadian Prime Minister Justin Trudeau responded to the ruling by issuing a brief statement, writing on Twitter that “No government, politician, or man should tell a woman what she can and cannot do with her body. I want women in Canada to know that we will always stand up for your right to choose.”

No government, politician, or man should tell a woman what she can and cannot do with her body. I want women in Canada to know that we will always stand up for your right to choose.

Socialist Democrat Congresswoman Alexandria Ocasio-Cortez marched to the Supreme Court to gather with the throng of pro-abortion protesters to call the justices “illegitimate” and called on Americans to get “into the streets.”

A smiling Ocasio-Cortez, who appeared to be exhilarated by the event, was captured chanting on a video filmed by TPUSA host Drew Hernandez.

BREAKING: Congresswoman @AOC has arrived in front of the Supreme Court and is chanting that the Supreme Court’s decision to overturn Roe v Wade is “illegitimate” and calls for people to get “into the streets” | @TPUSA pic.twitter.com/jNkCYDrLtz

On CNN, guests poured their eyes out over the decision.

A guest on CNN starts crying over the Roe v Wade decision pic.twitter.com/vlc2lUC5K0

Both Barack and Michelle Obama released lengthy statements about the ruling, with the former president describing the repeal of Roe v. Wade as an attack on the essential freedoms of millions of Americans.

“Today, the Supreme Court not only reversed nearly 50 years of precedent, it relegated the most intensely personal decision someone can make to the whims of politicians and ideologues — attacking the essential freedoms of millions of Americans,” wrote Obama.

“Across the country, states have already passed bills restricting choice. If you're looking for ways to respond, @PPFA, @USOWomen, and many other groups have been sounding the alarm on this issue for years — and will continue to be on the front lines of this fight,” he added.

In her own letter, Michelle Obama said she was “heartbroken for people around this country who just lost the fundamental right to make informed decisions about their own bodies.”

“I’m heartbroken that we may now be destined to learn about the painful lessons of a time before Roe was made law of the land–a time when women risked losing their lives getting illegal abortions,” she added. “A time when the government denied women control over their reproductive functions, forced them to move forward with pregnancies they didn’t want, and then abandon them once their babies were born.”

“That is what our mothers, our grandmothers, and our great grandmothers lived through, and now here we are again,” she said.

Democrat Rep. Maxine Waters calls for pro-abortion extremists to "fight": "The hell with the Supreme Court! We will defy them!"

"You ain't seen nothin' yet." pic.twitter.com/T35haOT6Dr