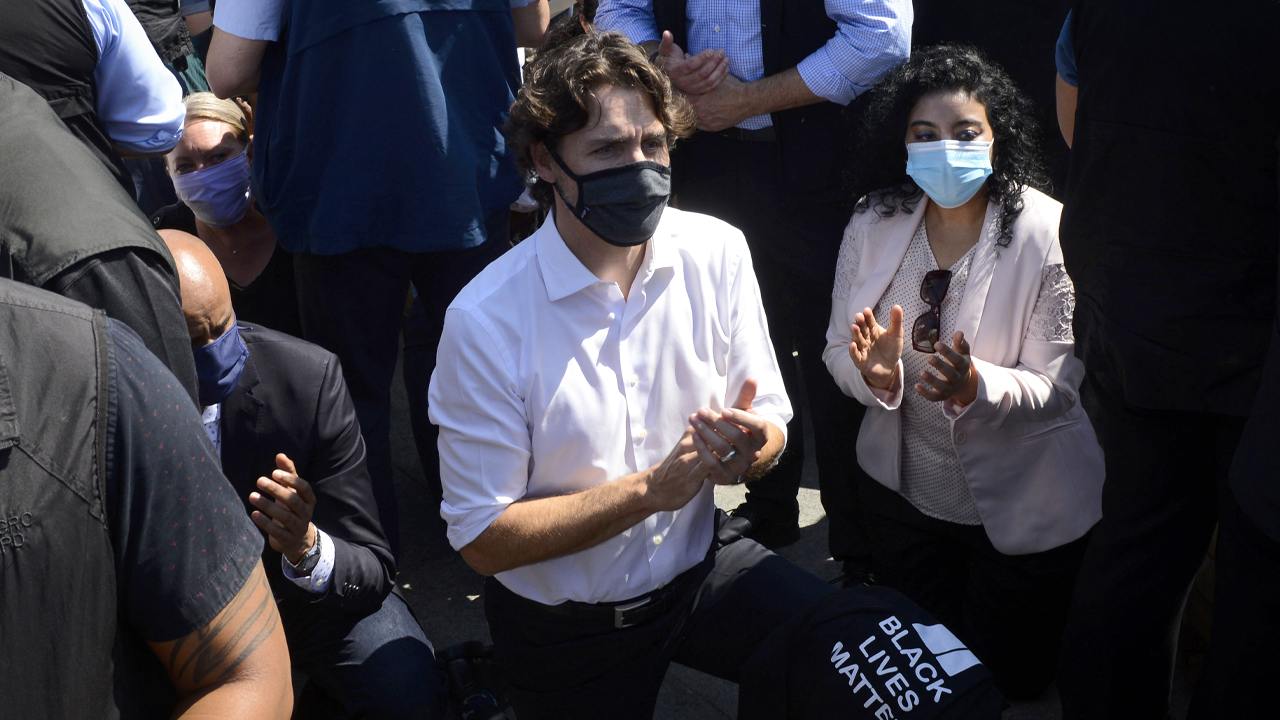 Health Canada compiled a number of talking points to explain why it was acceptable for Prime Minister Justin Trudeau and other ministers to attend a June 2020 Black Lives Matter protest in Ottawa amid the ongoing COVID-19 pandemic.

Thousands of protesters gathered in Ottawa at Parliament Hill to demonstrate against anti-black racism and police brutality after the death of American George Floyd, when the prime minister and cabinet minister Ahmed Hussen came to join the crowd. Listening and nodding along with speakers at the event while they shared their beliefs, such as there being no room for middle ground on the issue and that “you are either a racist or anti-racist,” Prime Minister Trudeau famously took a knee alongside those in attendance.

In preparation for any scrutiny that the media might have levied at the prime minister for attending a large outdoor gathering during a pandemic, Health Canada developed several talking points should the issue arise at any press conferences.

The notes begin with an “issue statement” which cites the past few months of messaging from the Public Health Agency of Canada encouraging Canadians to avoid mass gatherings because of COVID-19.

“However,” the document uncovered by Rebel News adds, “Prime Minister Trudeau and some of his ministers attended the anti-racism protest in Ottawa, which may lead people to believe that they are now safe from the virus.”

“Canadians have the legal right to protest,” the first bullet point in the list plainly says. “The right to protest peacefully is an important part of Canadian democracy and it is up to each person to decide how and when to exercise that right,” the second talking point states.

“During this ongoing pandemic, expressing one's right to protest should be done as safely as possible by following local public health advice,” Health Canada explains, noting that Canadians should consider alternative, virtual means of expressing themselves instead of taking to the streets.

Stating that all Canadians have the right to peaceful protest and leaving the choice those individuals to protest as they deem fit is in stark contrast to the treatment of protesters demonstrating against federal, provincial and municipal COVID restrictions. As reported by Rebel News, police have made numerous arrests, issued massive fines to protest organizers, charged media covering the events and outright denied protesters entry into certain public spaces.

Health Canada, meanwhile, also encouraged individuals attending protests that they should be wearing a non-medical mask or face covering, distance from others, use hand sanitizer frequently and minimize shouting. In the case of the Black Lives Matter demonstration in Ottawa, while Prime Minister Trudeau and his associates were wearing masks, there was no visible distancing or frequent hand sanitizer use.

Shifting from the viral dangers of COVID-19, the document suggests that “anti-black racism, racism against Indigenous people and racism against other minorities negatively affects their health and safety.”

“If pressed,” the talking points conclude, “the prime minister was following public health advice as he wore a non-medical mask, brought hand sanitizer and took the necessary precautions to limit his exposure to COVID-19.” In the footage from the event, Trudeau is not seen using hand sanitizer at all, and certainly not “frequently” as suggested by Health Canada.

Read the full document uncovered by Rebel News below: