To ensure that the narrative can be maintained Marco Mendicino had the view that to “come down too hard” could “push out the crazies.” 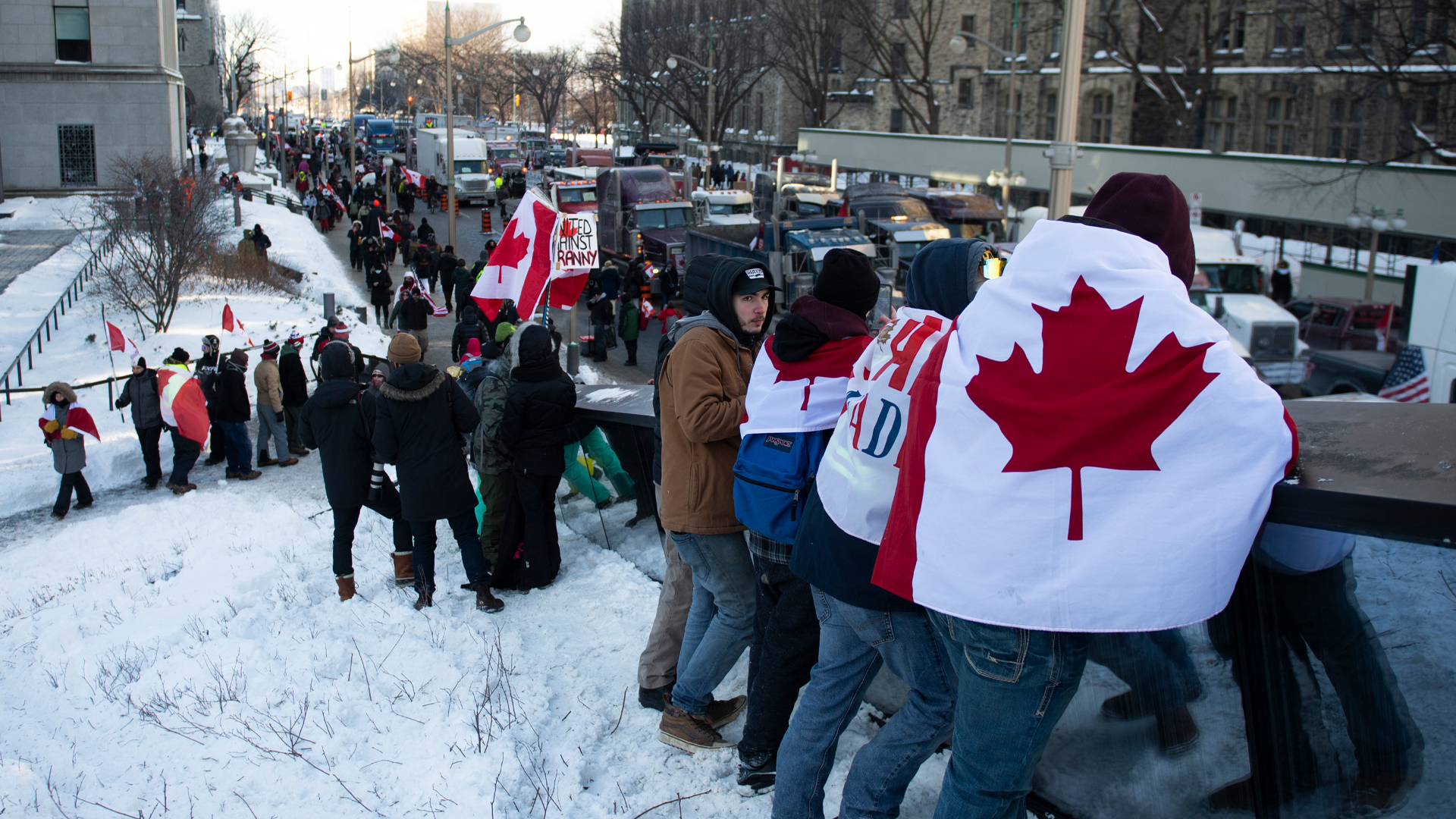 A mountain of evidence has been presented during the Emergencies Act inquiry over the past few weeks, since it started – each piece more revealing than the last.

So far, the evidence has been damning for the anti-convoy witnesses.

The commissioner was presented on October 31 with text messages sent by a staffer from Justin Trudeau’s office to Alexander Cohen. Cohen is one of the staff members for Public Safety Minister Marco Mendicino’s office.

In this text conversation, Mary-Liz Power of Justin Trudeau's office says there might be an opportunity for Marco Mendicino to "get in on this growing narrative" of the convoy truckers being "extreme." pic.twitter.com/AvIyBiLdV6

The text messages show the two staffers discussing how their respective members of Parliament could collude together to paint a picture of the Freedom Convoy that fits their party’s narrative.

The Liberal Party of Canada had been vilifying the protesters already. Merely two months prior to the convoy’s arrival in Ottawa, Justin Trudeau had said on a Quebec TV station that the Canadians who refuse to receive the COVID-19 vaccine are often “racist and misogynistic,” and asked whether or not “we should tolerate them.”

During the Freedom Convoy, Trudeau labelled the group of protesters a “fringe minority,” claiming that they hold unacceptable views.

To ensure that the narrative can be maintained, Cohen’s “boss,” who is Marco Mendicino, had the view that to “come down too hard” could “push out the crazies.”

When writing “crazies,” Cohen was almost certainly referring to the small number of protesters who came to Ottawa to stir up trouble. But why wouldn’t the Liberals want to ensure that these non-peaceful protesters left as fast as possible? Isn’t that what they claimed to want through the duration of the convoy?

Could it be because Mendicino wanted to ensure that he could continue painting the Freedom Convoy as a violent and dangerous protest, while he lacked the concrete evidence to do so? And that by keeping these “crazies,” in Ottawa, it would be easier for him to instruct his friends in the media to focus on this actual fringe minority?

Alexander Cohen of Marco Mendicino's office says Mendicino is supportive but doesn't want to "come down too hard" or the Freedom Convoy might "push out the crazies."

In other words, the federal government WANTED "extreme" voices in the protest to keep criticizing them. pic.twitter.com/kZWdQMXxqe

As True North journalist Andrew Lawton put it, it seems like “the federal government WANTED "extreme" voices in the protest to keep criticizing them.”

The staffer for Justin Trudeau’s office, Mary-Liz Power, also pointed out that this situation could provide the Liberals with an opportunity to focus on this growing negative narrative of the Freedom Convoy.

“I think there could be an opportunity to get in on this growing narrative of the truckers, particularly with the research that the LRB [the Liberal Party’s research bureau] is doing into their backers.”

The current Emergencies Act inquiry taking place in Ottawa, organized independently by the Public Order Emergency Commission, is revealing through an overwhelming amount of solid evidence that the vast majority of the demonstration was peaceful, and that while the Emergencies Act was “helpful” to its dismantling, it was not “necessary.”

“Helpful but not necessary.”

That’s a statement the near totality of the witnesses who had a relevant role in managing the Freedom Convoy from authority positions agreed with.

And yet, this is despite the fact that Trudeau’s scandal-plagued Liberal cabinet affirmed it was, and despite everything they said in regards to the intentions of the convoyers.

This same cabinet will be testifying in a few weeks in front of the commission.